The first movie based on the popular Nintendo DS games is fairly true to the vein of the games it is adapted from. Although the first minute starts of a bit confusing as it begins more like a promo than a film, it quickly falls into a formulaic story. A girl and longtime friend of Layton and his sidekick Luke has arrived in town. An opera diva, she needs their help. Mysterious circumstances are occurring at the opera theatre she performs at and Layton has a nasty hunch that the recent missing girls may be connected to it.

Sure enough, Layton is correct. He and a cast of eccentric characters become part of a challenge to find the legendary ambrosia - the elixir of eternal youth. Each has their own reasons for wanting it, but as the puzzles become harder, the consequences more deadly, soon only a few remain. Between careening boats, a pack of mind-controlled wolves and a booby-trapped castle, it will take all of Layton's mental might and Luke's bravery to see through the red herrings to the nefarious plan hidden within.

The movie tells a good yarn. It is creative, particularly visually with the opera theater, the boat, and later the castle and strange inventions that come into play. The movie, like the games, contains mental puzzles to sort out. The film is narrated by young Luke throughout the movie, a bit too much at times as it is not always necessary, but I think it is likely to keep it along the lines of the original games. The twists at the end were well done with some heartfelt moments included.

The animation was an interesting juxtaposition of very detailed backgrounds scenes and overly simplified character designs. Again this is like the game but the almost drab look to the characters is unfortunate though understandably necessary to keep them looking like they do in the game. At the same time P.A. Works (Canaan, Angel Beats!), the studio that produced the animation, had some intriguing designs to the creative aspects like the theatre and inventions and often employed 3D CG to bring them to life.

Anonymous said…
Everyone loves what you guys are usually up too. Such clever
work and reporting! Keep up the very good works guys I've included you guys to blogroll.

Anonymous said…
My spouse and I absolutely love your blog and find nearly all of your
post's to be exactly I'm looking for. Would you offer guest writers to
write content to suit your needs? I wouldn't mind creating a post or elaborating on a number of the subjects you write in relation to here. Again, awesome website! 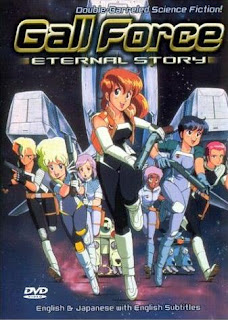